Is Net-Zero Oil the Key to Energy Independence? 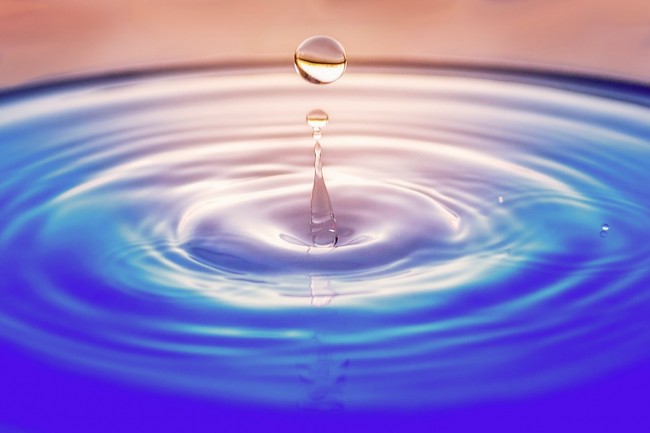 Consumers and businesses around the world are feeling squeezed at the pump as the geopolitics of the war in Ukraine exacerbates the ongoing energy crisis. While energy independence is an obvious solution for oil and gas-rich regions like North America, there is also concern about the carbon emissions associated with producing hydrocarbons.

Fortunately, the oil and gas sector has been making strides toward net-zero emissions of greenhouse gases, with exciting technological developments in the industry.  By addressing the public’s legitimate environmental concerns, these new technologies may pave the way for energy security that not only benefits the United States, but her allies around the world.

In the production phase of the oil and gas industry, the controversial process of hydraulic fracking has been around for decades, and has helped make many projects economically viable while reducing the environmental footprint required for energy production. Even as fracking created progress in some areas of the environment, it came with new environmental challenges like the consumption of water and risks of seismic activity.

Innovative companies have been addressing these outstanding challenges with fracking, like energy services startup RocketFrac. By combining a specially-formulated rocket fuel with a patent-pending downhole tool, RocketFrac has eliminated water and proppants from the fracking process.

“Conventional fracking actually has some environmental benefits in that it has reduced the footprint required for energy production,” says RocketFrac CEO Tom Whalen. “Through horizontal drilling techniques coupled with multi-stage fracking, a single well today can be 10-20 times more productive than one drilled 15-20 years ago. It’s like a night and day comparison – hugely more efficient and better for the environment. Our technology additionally lowers the operational footprint required for staging on an oil site, as less manpower and equipment is required. This significantly reduces carbon emissions, not to mention eliminating fresh water and sand from the process.”

The RocketFrac process helps producers improve the production characteristics of the reservoir around the well-bore like traditional well stimulation techniques, but it dramatically reduces the environmental impact of the process.. This is the exact type of innovation called for by everyone from policy makers to consumers, all of whom depend on oil and gas, but understand the need for environmental protection.

The new process of Carbon Capture, Utilization and Storage (CCUS) is being pioneered in the province through the Alberta Carbon Trunk Line (ACTL) project, which gathers and stores over 14 million tonnes of CO2 every year – the equivalent of 2.6 million cars.

CCUS involves capturing the greenhouse gases produced from processes like natural gas power generation, and either using them in commercial processes like manufacturing, or injecting them thousands of feet underground for permanent storage, into the same types of formations that have safely contained hydrocarbons for millions of years.

When stored or turned into products, carbon is not circulating in the atmosphere as carbon dioxide or methane, where it can contribute to global warming. Carbon is already a common material in a range of goods like carbon fibre bicycles and aircraft parts, and these may one day be made at scale from the same carbon dioxide that is currently emitted as a waste product. The technology is still in its infancy, but carbon is already being injected into concrete to make it stronger, and in the future, even large-scale structures like skyscrapers could be built from carbon fibre.

One thing people forget about the humble hydrocarbon molecule, is that it consists of atoms of hydrogen and carbon. Those hydrogen atoms can be separated and become fuel for the hydrogen economy, which has the potential to be a game-changer but is still too expensive for mass adoption. However, prices are dropping, and demand is increasing.

The International Energy Agency (IEA) tracks the growth of the hydrogen sector, and publishes a Global Hydrogen Review each year. The report predicts global hydrogen demand will double between 2020 and 2030 and help lower emissions. Natural gas is already the source of 95% of the hydrogen produced in the United States, and as the demand for hydrogen increases, so will the demand for cleaner means of extracting it, using techniques like RocketFrac’s, or other cleantech innovators from the oil and gas sector.

Eventually, combining all of the carbon reduction, utilization, and storage technologies could allow the entire oil and gas sector to be fully net zero.

Clean oil and gas are the best options for energy independence

With energy prices rising due to the war in Ukraine, and renewables still too costly and unreliable to provide consistent power output, the world desperately needs more oil and gas. Yet the situation is complicated by concerns about  climate change and the need to reduce carbon emissions.

Resource-rich countries like the USA and Canada are fully capable of total energy independence, but to gain public support, environmentally responsible production is needed now more than ever. Many people are unaware of how far the oil and gas industry has come in recent years. Abundant low – or no-emission energy is essential and becoming possible for nations and individuals alike. Lowering the carbon emissions of the sector at every stage from production through consumption using net-zero oil and gas technologies is the key to that dream – and to a green future.

FacebookTwitterLinkedinMail
©2021 ScienceTimes.com All rights reserved. Do not reproduce without permission. The window to the world of science times.