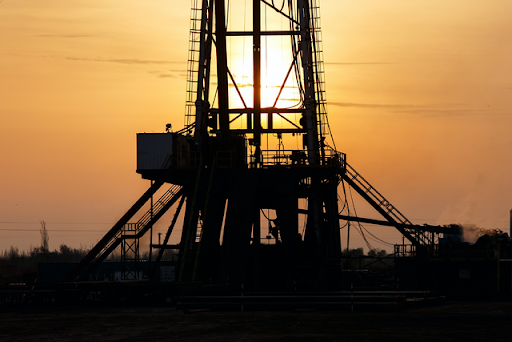 Climate change is one of the most significant issues facing society today. Though many companies are working diligently to deliver solutions in the transportation, food production, and oil and gas sectors, one of the biggest environmental issues making regular headlines is fracking.

Fracking involves injecting a high-pressure mixture of water, sand, and chemicals into subterranean rock to open fissures to extract oil or gas. It’s been one of the most controversial points in the ongoing climate change discussion. While fracking revolutionized the drilling of oil and gas, it can also poison groundwater, damage landscapes, and harm wildlife. These potential problems caused by fracking have spurred worldwide protests against fracking, and even a call to ban hydraulic fracturing (fracking using water) in the United States.

RocketFrac is a Canadian company that has developed cutting-edge tools and disruptive technologies to solve these pain points in the traditional fracking process. Their focus has been on economically-efficient and environmentally-friendly energy generation and resource recovery without the need for water.

Changing the Face of Fracking

RocketFrac has pioneered a new approach to waterless well stimulation. Using a safe, customized rocket propellant makes well-stimulation more efficient and environmentally-friendly. The US uses 175 million gallons of water per day in a conventional fracking approach. The RocketFrac Cleantech Energy approach uses no water, eliminating one of the biggest issues people have with traditional fracking.

Climate change is a concern for all countries and governments. With each passing year, it becomes more evident that changes have to be made, with broad emphasis placed on the essential need for reducing carbon emissions. Alberta, Canada, where RocketFrac is based, sequesters and stores more carbon than any other jurisdiction globally. Alberta also invests more per capita in carbon reductions overall. Since 2009, Alberta has invested $821 million in 221 projects worth $6.6 billion to reduce emissions.

The Alberta Carbon Trunk Line (ACTL) captures and stores carbon and greenhouse gasses underground. The ACTL project leads the world in carbon-capture technology, and has safely removed billions of pounds of carbon from the atmosphere and stored them underground. This technology is unique to Alberta and cannot be found anywhere else in the world. RocketFrac will soon be exporting this pioneering technology to help the rest of Canada and the world lower their emissions.

The strides RocketFrac has made in technological advancements seek to transform the future, and change the trajectory of climate change. Removing carbon from emissions solves one of the world’s greatest environmental challenges.

The RocketFrac technology has the opportunity to change far more than simply the way we approach fracking. There may be opportunities to use this technology for geothermal applications. In addition, it has the potential to extend the life of existing resources and associated infrastructure; thus, reducing overall greenhouse gas footprints.

The solid rocket fuel that RocketFrac uses in its well stimulation is safe for transportation, requires no special handling, and — likely best of all — there is no potential for spills and costly cleanups.

The term “fracking” stokes a lot of feelings in people. We have all seen the protests, and many have watched anti-fracking documentaries such as Gasland. Bringing a new fracking technology to the oil and gas industry could be viewed as an uphill battle for a company like RocketFrac. Selling the idea of fracking via solid rocket fuel could be a hard sell for people who don’t fully understand the science behind the innovative technology.

Nevertheless, RocketFrac is laser-focused on its environmental impact. They have worked hard to get their mission across — and introduce this environmentally responsible option — to the world. The approach to fracking can be changed for the better, and continued innovation is the path to that change.

Opinions expressed by The Chicago Journal contributors are their own.

Christian Strauss is the Executive Editor at The Chicago Journal. He has proven proficiency in applying analytics to content strategy. He understands the present competition of every industry and makes effective content for a business/brand to take over.