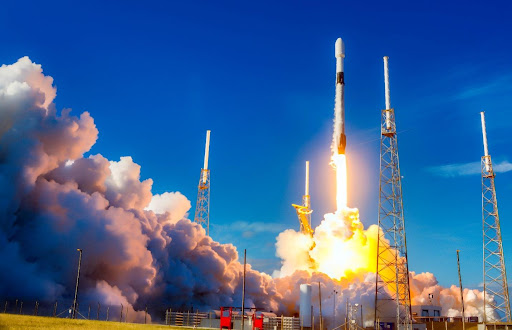 What the world is experiencing regarding oil and gas prices is the definition of “extraordinary times.” In the energy sector, RocketFrac Energy Services has emerged as a leader seeking to solve the ecological issues surrounding traditional oil and gas well stimulation — a practice more commonly referred to as “fracking.”

Fracking is something of a dirty word in the climate change conversation. The commonly-applied method of stimulating oil and gas wells involves injecting water through wellbores into oil and gas reservoirs at high pressure to fracture the reservoir rock and help oil and gas flow out of the formation. Despite criticisms, fracking is highly effective, and the process of has transformed the oil and gas industry since it was introduced in the 1940s, leading to a massive uptick in drilling.

The problems with the current hydraulic fracking technique is that it takes up to 16 million gallons of water to frack a single well. With such enormous water consumption, our finite supply of freshwater could be in jeopardy, especially in regions which are already struggling with water shortages.

RocketFrac addresses this issue with hydraulic fracking by taking water out of the equation entirely. Their disruptive technology stimulates oil and gas wells by using small amounts of clean and safe solid rocket propellant discharged safely thousands of feet beneath the earth’s surface. While hydraulic fracking provides affordable energy access, the process requires high volumes of water, tonnes of sand and extensive equipment all of which produces carbon emissions and raises the ire of climate change activists. RocketFrac’s process eliminates most of this equipment and the carbon intensive transport of millions of pounds of material, dramatically reducing the carbon intensity of a conventional fracking operation.

Using rocket fuel in the fracking process employs similar principles to hydraulic fracking. In basic terms, immense pressure is applied to the subterranean rock through the rapid expansion of gasses and accompanying shock waves which each help to open fissures that oil and gas can flow through. Rocket fuel in fracking was first researched in the 1970s, but the technology available at that time had not quite caught up to the idea. However, with RocketFrac’s technological innovations, the pioneering concept can finally be brought to fruition.

The demand for oil and gas has increased exponentially worldwide. Even Elon Musk has entered the conversation with his thoughts, tweeting in March that, “We need to increase oil & gas output immediately.” Indeed, oil is necessary for industrialized nations to thrive, but the environmental implications of traditional water-based fracking are evident.

RocketFrac is seeking to cater to the ideals of environmentalists with its cleaner, safer technology. Gaining consumer buy-in is integral if oil and gas companies intend to step up their drilling efforts to meet demand. The advantages of RocketFrac do not stop at its eco-friendly nature; their economic and operational benefits are bound to appeal to consumers, as well.

People are taking notice of RocketFrac’s disruptive innovation. They have successfully secured multiple rounds of financing and secured former NASA CFO Ronald R. Spoehel as Chairman of the company’s Board. With RocketFrac addressing concerns of both the oil and gas industry as well as a public increasingly concerned about the environment and carbon emissions, the company has garnered positive interest from industry experts and consumers alike.

While the world strives to meet the goal of net-zero emissions, energy and technology will need to be as eco-friendly as possible in the future. The demand for oil and gas will only increase, as will the demand for approaches to energy production that are as clean as possible. RocketFrac answers the resounding call for clean, efficient, affordable oil and gas well stimulation. In a worldwide community that is becoming more aware of our consequential effect on the environment with each passing year, innovations like RocketFrac’s will play a huge part in working towards a more eco-friendly future.

Opinions expressed by US Reporter contributors are their own.
Kelly Reed is an interior designer and loves space and shapes. Her expertise in the field of interior designing had contributed her to be highly-acclaimed in blogosphere, wherein she shares her home décor ideas through blog and vlog in social media platforms.